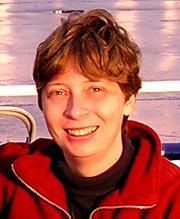 Parasitic plants live as parasites on and from other plants. This creates huge losses in agriculture when a field of crop plants is infected. Knowledge on the development of these plants is therefore of high importance.

So far, many aspects around parasitic plant/host plant interactions and the chemical warfare that unfolds during attack and defence between them are  unknown. We have over the last years developed a set of tools for the parasitic plant genus Cuscuta spp. (dodder) that allow us to approach the molecular mechanisms underlying host plant/parasitic plant interactions. These include a large collection of genomic scaffolds, transcriptomes of four species, proteomic data, sterile callus and shoot cultures, protocols for transient transfections of cells and an extensive microscpic image database including time lapse videos.

Parasitic plants use hydrolytic enzymes to break down cell walls of their host plants but are able to protect their own cell walls from enzymatic attack.

We study the difference between cell wall composition in the parasite Cuscuta and its hosts and analyze the enzymes involved. This knowledge can help to develop novel, more specific enzyme cocktails for plant biomass hydrolysis. In addition, it helps us understand why some plants are not susceptible to the parasite.

Integration of plastids into the regulatory network of plant cells

The genetic information in plant cells is distributed between three compartments (nucleus, plastids and mitochondria). To function properly, these genomes are need to communicate with each other to synchronize their expression.

We are investigating how DNA binding proteins that are targeted to the nucleus and to the plastids contribute to the mutual communication between the plant genomes. We focus on thir role in the regulation fo plastid gene expression and their network of interactions in the chloroplast transcriptionally active chomosomes (TAC).

- Krause K, Kilbienski I, Mulisch M, Rödiger A, Schäfer A, Krupinska K (2005) DNA-binding proteins of the Whirly family in Arabidopsis thaliana are targeted to the organelles. FEBS Lett. 579, 3707-12