Skip to main content
In Norwegian
This research group's webpage is no longer active, and content has been archived

Torgeir Rinke Bangstad (UiT - The Arctic University of Norway), postdoctoral researcher with a ph.d. in cultural heritage studies. Working within critical heritage studies and museology. In his current research project he aims to explore the memory and materiality of a reconstruction house in Finnmark, Norway, which has been disassembled and moved south in order to be re-erected ex situ at Norsk Folkemuseum (Norwegian Museum of Cultural History) in Oslo.

Hein Bjerck (Norwegian University of Science and Technology), professor of archaeology specializing in Stone Age Studies and contemporary archaeology. Former Cultural Heritage Officer at the Governor of Svalbard in 1996-1999, where he was involved in managing modern ruins – derelict settlements, mining enterprises, base camps from scientific expeditions. Research interests in material memory in small, intimate, and personal things.

Mats Burström (University of Stockholm), professor of Archaeology. His current research deals with solid material that has been used as ballast in ships and explorations of different archaeological contexts where ballast has been dumped, found, re-used and interpreted. Other research interests are the archaeology of the recent past and the relation between material culture and memory.

Stein Farstadvoll (UiT - The Arctic University of Norway), ph.d. candidate and archaeologist. Explores things that are overlooked or deemed irrelevant in the frame of contemporary heritage values and perception of cultural legacy. One of the case studies involves the abandoned 19th century summer villa and park Retiro in the city of Molde on the northwestern coast of Norway.

Ingar Figenschau (UiT - The Arctic University of Norway), ph.d. candidate and archaeologist. In his PhD project he focuses on WW2 POW-camps in Kitdalen, Troms County. Key goals for the project are: (i) to study the camps’ changing post-war identity from “waste” to heritage; (ii) how an archaeolgical approach may help throw light on untold stories of camp lives; and (iii) how the negative and distorting appearance of these WW2 sites affects both us and the surrounding landscape.

Saphinaz-Amal Naguib (University of Oslo), egyptologist and professor of cultural history. Her current research projects investigate the polysemy and polyphony of cultural heritage and the role of museums of cultural history in plural societies. These studies include analyses of heritage both material and immaterial with special focus on aesthetics, cultural contacts, cultural and religious memory, and sustainability.

Bjørnar Olsen (UiT - The Arctic University of Norway), professor of archaeology and director of Object Matters: Archaeology and Heritage in the 21st Century. His research interests include contemporary archaeology, memory, thing theory and Sámi studies. His latest books are In Defense of Things: Archaeology and the Ontology of Objects (2010) and Ruin Memories: Materialities, Aestehtics and the Archaeology of the Recent Past (2014, editor with Þóra Pétursdóttir).

Þóra Pétursdóttir (UiT - The Arctic University of Norway), researcher at the Department of Archaeology, History, Religious Studies and Theology. Her research interests lie within archaeology of the contemporary past, critical heritage studies and archaeological theory, and she is the author of articles and book chapters on these issues. Her current research is focused on wrack zones and drift beaches in the North Atlantic, in contemporary and historical contexts, and on “drift matter” as archaeological material.

Kerstin Smeds (Umeå University), museologist and professor of museum and heritage studies/museology. Her current research interest and projects includes metamorphoses of value in material culture: garbage /disposals as heritage and studies of small, private or local museums. Board member of ICOFOM, International Committee for Museology.

Marek Tamm (University of Tallinn), professor of cultural history. His primary research fields are cultural history of medieval Europe, theory and history of historiography, and cultural memory studies. Author of five books, of some sixty scholarly articles published in Estonian, in English and in French, and editor of six article collections.

Jorunn Veiteberg (independent researcher and writer). Leader of the Research and Development committee in Arts Council Norway, and since 2013 she has been a guest professor at School of Craft and Design Gothenburg University. Her research interests include contemporary craft art, artistic use of stray found objects, thing theories, life writings and the monography/biography as genres. 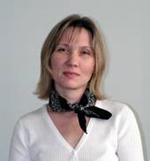 Svetlana Vinogradova (Kola Science Center), researcher. For more than ten years she has been studying the problems of indigenous Sami population of Kola Peninsula, including research support for industrial companies to assess social impacts, and acting as an expert for Russian federal and regional governments on indigenous issues. Research interests include sustainable development, social aspects of the Northern and Arctic policy, local communities, indigenous peoples.