Normal 1D NMR will mainly give you three main pieces of information, the chemical shifts, the integrals and the splittings. Other nuclei that behaves similar to 1H is 19F and 31P.

The chemical shift is the frequency at which each nuclei resonate.The scale used in NMR is ppm, which stands for parts per million, and is a relative scale to the absolute frequency of TMS, all shifts in ppm will be the same for a given proton at every field strength, i.e. it will be independent of the instrument it was acquired on.

The main factor that dictates the chemical shift of a proton is the electronic structure that it is part of. Aromatic protons are deshielded and resonate downfield = at a higher ppm shift, whereas aliphatic protons are more shielded and resonate upfield = at a lower ppm shift. Neighboring nuclei that donate or withdraw electrons will shift it correspondingly, see figure below for examples of chemical shift ranges for common chemical groups. The proton chemical shift is also sensitive to many other effects, like through space shielding by ring systems and deshielding from hydrogen bonding, making them hard to predict accurately. 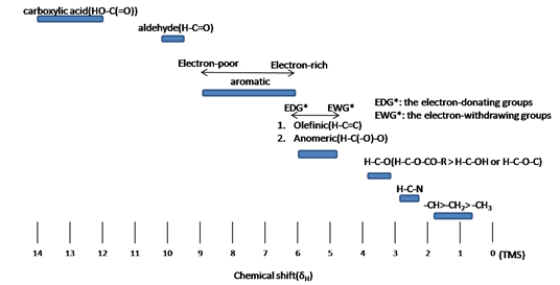 If the experimental parameters are set to allow it, NMR is a 100% quantitative method - the integral of each resonance will directly correspond to the total number of that particular nuclei in the sampling volume. This requires that:

The peak splittings hold information about the neighboring protons, according to the n+1 rule, that is the number of neighboring protons plus one. The relative intensities are shown in the diagram below (if all couplings are similar in size). 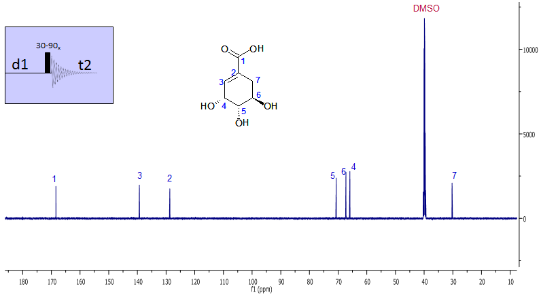 1D Carbon NMR works like any other 1D spectra with a few important differences. 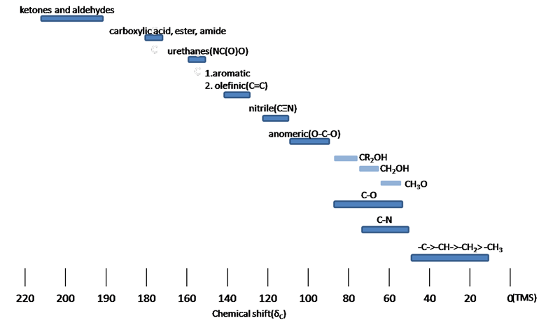 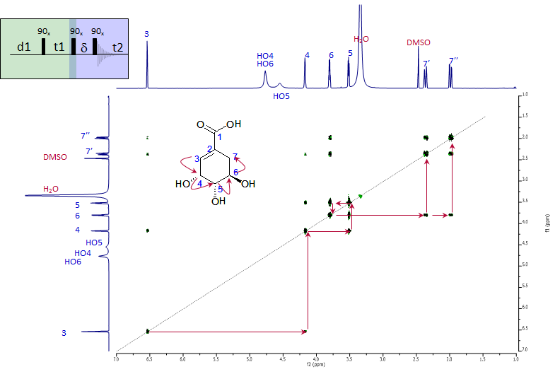 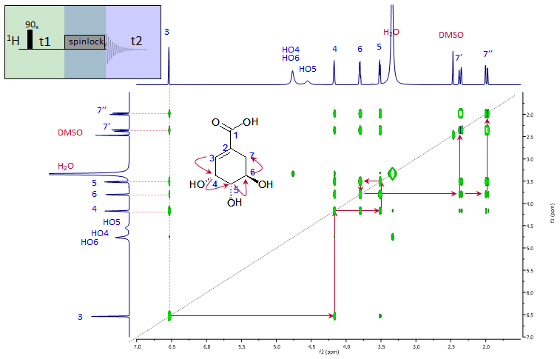 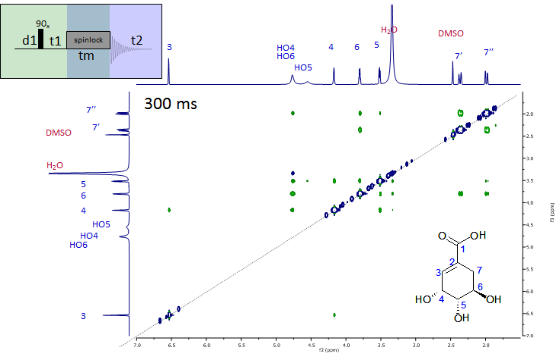 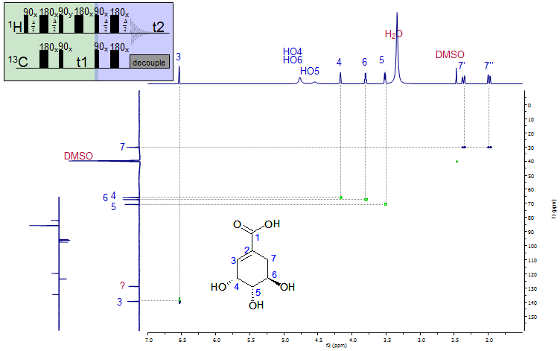 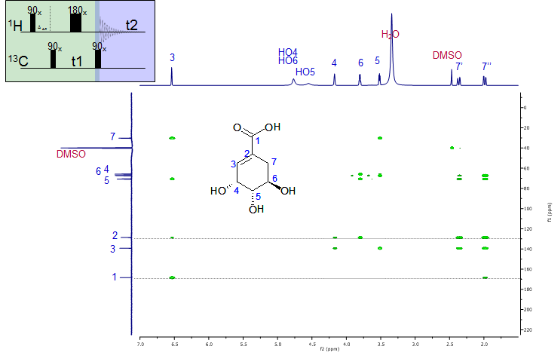