After 6,5 years as Director of the Centre for Peace Studies, Christine Smith-Simonsen now leaves the helm to Marcela Douglas.

It’s been an exciting and challenging, but most of all rewarding experience, particularly since the colleagues at CPS are so engaged and geared towards moving forward together. During these years, the Centre has almost doubled in number of employees.This gives CPS a great momentum for further developments.  I find smaller units like CPS, where academic staff and administrative personnel are so intertwined, to be the perfect blend of flexibility and effectiveness. It makes the Centre deliver much more than the size should indicate, in terms of all three main mandate pillars; Research, Education and Outreach - Christine Smith-Simonsen

Christine Smith-Simonsen remains with the Centre in an academic position shared with the Department of History. “I am very happy to continue to be part of the CPS family, and I will contribute to its development as best I can”, she concludes.

Marcela Douglas officially started her new position as Director of the CPS on the 1st of May.

CPS is the only university-based peace centre in Norway. This makes CPS an unique and exciting place to be and in particular in such an international environment. A place CPS founder Ole Mjøs envisioned 'to combine knowledge, experience and dreams in a way so as to change the culture of war to a culture of peace'. A key task for me will be to further develop and extend this work. A first milestone will be the upcoming 20th anniversary of CPS.  I’m very much looking forward to getting my feet on the ground and becoming part of all this - Marcela Douglas

Marcela Douglas has for the last years been working as a visual anthropologist at UiT, focusing on issues, such as migration, refugees, political violence and collective trauma. 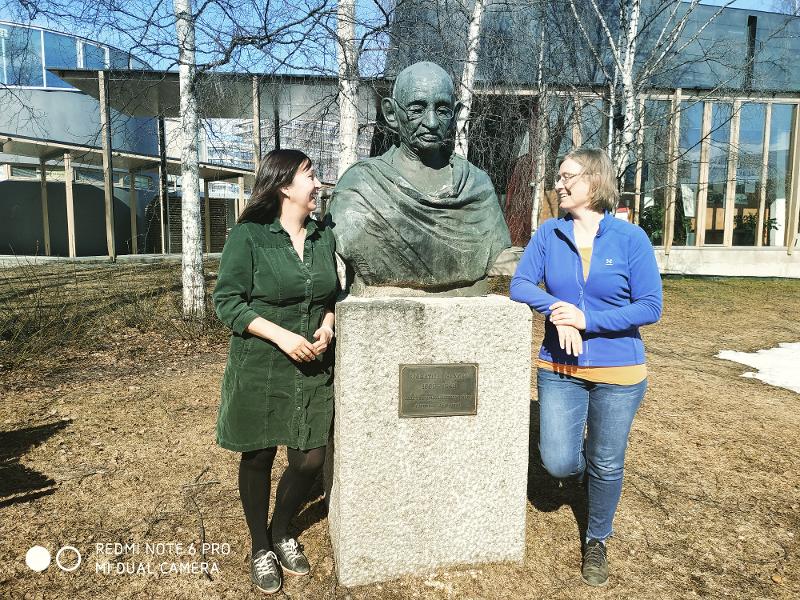