Access and utilisation of renewable energy is a key element in combating global warming. The NAEN project (North Atlantic Energy Network ) explore the possibilities for exporting energy from Iceland (hydropower) and Shetland (wind) to Europe. 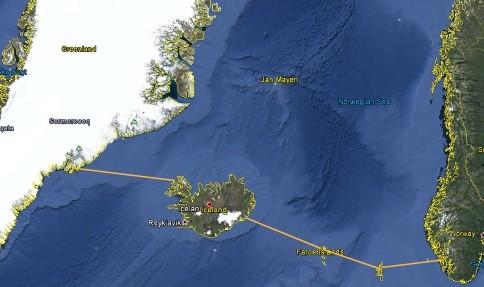 The report is the outcome of a study that explored the potential of connecting currently isolated energy systems and some of the best renewable energy sources in the Arctic, Nordic and northern European regions to the large energy markets of the UK and European continent.  The project involved collaboration between representatives from the Faroe Islands, Greenland, Iceland, Norway and Shetland since February 2015 and has facilitated the informative exchange of knowledge between the participating regions and organisations.

Access and utilisation of renewable energy is a key element in combating global warming and the countries behind the NAEN project could benefit from integrated future cooperation regarding exporting energy and knowledge in this field. Furthermore, a platform to develop this collaboration and mapping the possibilities for future development in this area could be beneficial for all of Europe.

The submission of Scottish Hydro Electric Transmission’s (SHE-T) needs case for developing a 600 MW transmission cable between Shetland and the UK national grid, is expected to be submitted to the UK electricity regulator Ofgem in 2016. The Shetland to UK interconnector project has been in process for over a decade and is the main focus for harnessing Shetland’s exceptional wind resource. The North Atlantic Energy Network has highlighted the potential for Iceland and Faroe Islands to export renewable energy to electricity markets in the UK, Norway and connect to the wider European grid. Cable routes from Iceland to the UK are currently being investigated and Faroe Islands also have an interest in securing a supply of renewable energy from Iceland.

Greenland has a big hydropower and solar energy potential, which is not known in detail. Further work is needed to map the potentials in harmony with better infrastructure. As Norway is already in the process of building a new submarine cable (HVDC interconnector) to Great Britain, to be finished in 2021, this may reduce the need for a new cable connection with Norway in the near future.

The report highlights that the potential for further exploitation of renewable sources including hydropower, wind, geothermal and solar energy is very high in the North Atlantic countries. Further studies will be required in order to map the total amount of sustainable energy in this huge area.