Skip to main content
Welcome to Faculty of Biosciences, Fisheries and Economics
Frontpage Education Research Right now Employees at BFE-fak About the faculty

Computational analysis combined with mathematical modelling and experimental verification enables us to understand the evolution and physiological properties of central metabolic processes.

"Nothing in biology makes sense except in the light of evolutions” this famous and often cited title and statement by Theodosius Dobzhansky reminds us that we need to consider the evolutionary development of biological processes to be able to unravel molecular mechanisms existing to date. Unfortunately, it is impossible to roll back evolution or to travel back in time, but computational approaches allow us to

infer and simulate how molecular systems have changed over time by e.g. comparing genome sequences from different organisms living to date.

In the article that was published in PNAS last week, Bockwoldt et al. made use of the growing number of eukaryotic genome sequences to analyse and compare differences in metabolic processes between organisms across biological kingdoms. More specifically, the interdisciplinary research team headed by Ines Heiland at BFE, analysed the differences and evolutionary development of vitamin B3 metabolism. Vitamin B3 is the precursor for one of the most important metabolic cofactors essential for all living organisms: NAD. Two different biosynthetic pathways exist in different organisms, but it was so far unknown why. 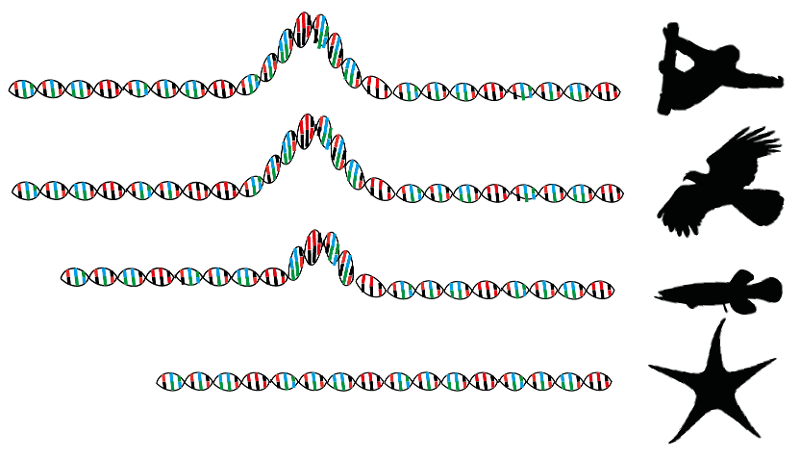 Using a comparative evolutionary analysis (schematic representation see Figure),  Bockwoldt et al. show that although animals have a higher requirement for NAD, they have an enzyme that degrades vitamin B3. As this is clearly counterintuitive, mathematical models of the pathways were built to describe the dynamic behaviour and mutual interplay between the different enzymes (schematic representation see Figure). Based on this model the prediction was derived that the presence of the vitamin B3 degrading enzyme actually enables increased NAD usage, despite removing its biosynthetic precursor. The research team at UiT furthermore predicted that ancestral forms of the biosynthetic enzyme presumably had different properties than the mammalian enzyme existing now.

In collaboration with a research group at the University of Bergen headed by Mathias Ziegler, the potential

ancestral form of one of the enzymes has been reconstructed, making it possible to confirm the predictions.

In the innovative approach that combined phylogenetic analysis with mathematical modelling analysis the authors furthermore showed that the enzyme composition and properties found in mammals is optimal for NAD metabolism and showed that vitamin degrading enzymes can play an important role in metabolic homeostasis. This also suggests that too much of a vitamin, even a water soluble one, can have converse effects. This holds especially for vitamin derivatives that might circumvent evolutionary developed homeostatic mechanisms.