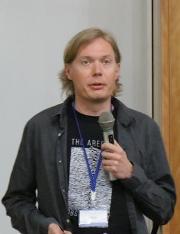 I work with radars large and small, but mostly with large ones. I specialize in development of novel radar and radio remote sensing measurement techniques, and apply them to scientific studies in the field of space plasma physics, atmospheric physics, space debris, and planetary science. This work is conducted with radars around the world, including e.g., the Arecibo Observatory radar in Puerto Rico, the Sondrestrom radar in Greenland, the Jicamarca Observatory radar in Peru, the EISCAT radars and heating facility, the MMARIA meteor radar network in Germany, and the Millstone Hill incoherent scatter radar in Massachusetts USA.

- Planetary radar observations of the Moon with long wavelengths