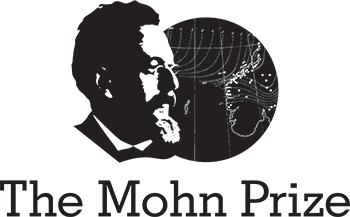 Of particular importance is her leadership and initiative in Ice core research in Greenland.

The team behind The Meaning of Ice and Dr. Eddy Carmack have been announced as the joint winners of the International Mohn Prize for Outstanding Research Related to the Arctic. The announcement of the laureates of the first Mohn Prize in history took place today at Árdna – the university’s Sami cultural house.

The International Mohn Prize for Outstanding Research Related to the Arctic (The Mohn Prize) has been established in collaboration by Academia Borealis The Academy of Sciences and Letters of Northern Norway (NNVA), Tromsø research foundation. (TFS) and UiT The Arctic University of Norway (UiT).

The prize amounts to 2 million NOK (approximately 210 000 €), and is awarded biennially.

The road towards the Mohnprize

Timeline showing important dates, deadlines and happenings towards the Award Ceremony in January 2022