The title of this article is taken from the winner of the Mohn Prize 2022, Dr. John E. Walsh of the University of Alaska Fairbanks and the International Arctic Research Center. 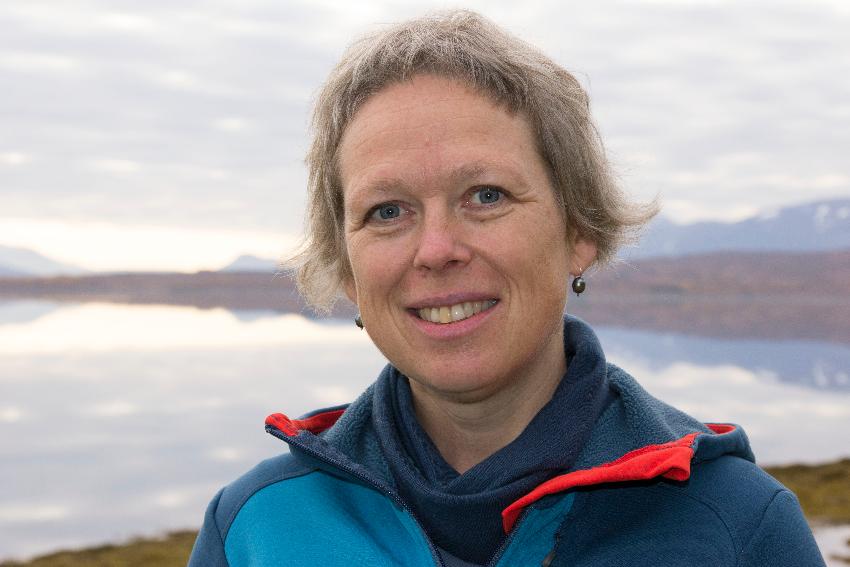 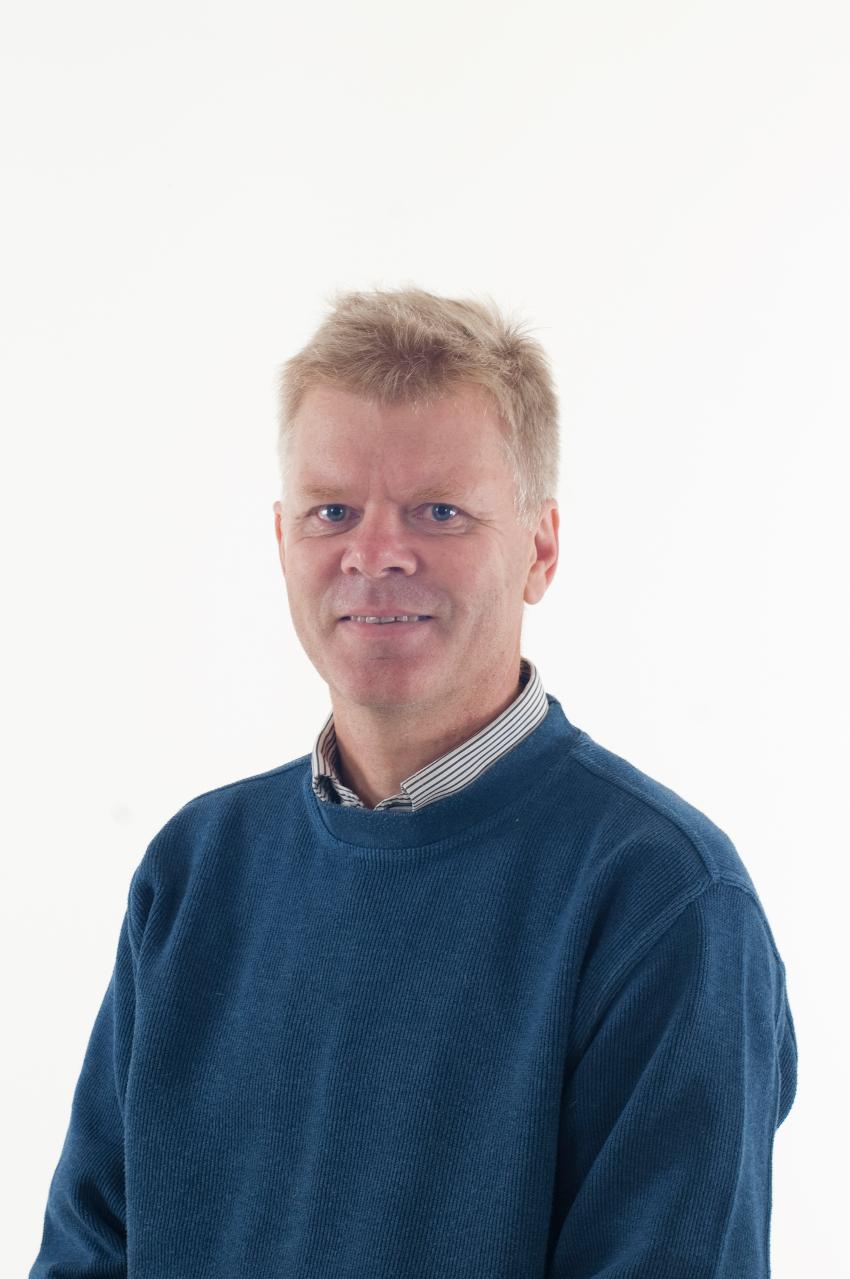 John Walsh has investigated how changes in temperature, snow, sea ice, permafrost, large wind systems and ecosystems in the Arctic interact. He has also contributed to showing what these changes mean for you and me and the local community in which we live.

The importance of climate change stands uppermost on the international, political agenda. The UN’s climate report (IPCC) from August of this year signaled code red for humanity.  At the COP26 summit, which is currently being held in Glasgow, efforts are being made to reach agreement on reduction of emissions and other measures that can slow these changes.

There is a great need to understand how changes in weather and climate relate to one another and what we can expect in the future. This concerns, not least, those of us who live in the north. In awarding John Walsh the Mohn Prize, it is not only because he has carried out pioneering research on the Arctic. It is also because he is able to convey this knowledge to people and the authorities in a way that makes it accessible.

We congratulate an excellent researcher and communicator who has used his career to make us better equipped to confront climate change and motivate us to limit the damage as best we can.

The Mohn Prize is intended to highlight excellent and important research for the northern regions and research relevant for society and the local population. The goal is to put important questions on the agenda, both nationally and internationally. UiT The Arctic University of Norway and Tromsø Research Foundation, Academia Borealis - The North-Norwegian Academy of Science and Letters, together award the prize every other year, to the amount of 2 million Norwegian kroner. It was first awarded in 2018 and will be awarded for the third time in 2022 during the Arctic Frontiers conference.

The Mohn Prize bears the name of Henrik Mohn (1835-1916) who is regarded as the founder of Norwegian research in meteorology and physical oceanography. In addition to rewarding excellence in arctic research, the prize marks the considerable contribution that Trond Mohn has given to research and research development initiatives at UiT. Henrik Mohn was Trond Mohn’s uncle.

John Walsh’s research focuses on the distribution of sea ice in the Arctic Ocean. He was early in carrying out research which laid the groundwork for documenting the climate changes we have seen in the Arctic in the form of reduced sea ice extent. Already in 1979, he documented arctic sea ice extent for the period 1953-77 so that results from the then new satellite measurements could be understood in a broader context. He has also created a database which shows the distribution as far back as 1850 based on, among other sources, historical logbooks from whalers. Both the extent and thickness of sea ice has become greatly reduced during the last few decades, which partly explains why the Arctic is warming up two to three times faster than the rest of the globe. Solar radiation is reflected back into the atmosphere from ice in the Arctic Ocean. But with reduced sea-ice cover, more of the radiation will be absorbed and warm the Arctic Ocean. Joe Walsh has also created models that show how sea ice will vary in the future, both in the short and long term. In the latest IPCC report, which utilizes Walch’s work, we read that it is likely that, with continued warming, the Arctic Ocean will be ice free at least once by 2050.

Walsh has also studied how snow cover affects the substrate, including moisture in the ground in North America. He was also the main author of a large report about climate in the Arctic “Arctic Climate Impact Assessment” in 2005. This report summarizes snow’s importance for climate. In the cryosphere, that part of the Earth that is frozen, snow is the factor that varies most rapidly. Snow affects many conditions, such as moisture in the ground, frost and permafrost, vegetation, accumulation on glaciers and reflection of solar radiation. Walsh has also studied precipitation and evaporation across the Arctic Ocean and adjacent catchments and what it means for ocean circulation and climate. And for those of us who have been out clearing snow a mid-winter’s night, we know that knowledge and forecasts about snow are of great concern!

Henrik Mohn was important for the developments in meteorology that made weather forecasting possible. Since then, progress has gone from depicting overall weather conditions along the coast to local forecasts which mean so much for us in everyday life. Changes in climate have made it important to know not only what the weather will bring in the next days or weeks, but also what the climate will be like in coming decades. Climate forecasts have become a very important tool in planning developments in such as towns and industry. Modelling tools have made it possible to understand how sun, sea, land and atmosphere interact in the climate system. They have also shown that the present climate can’t be explained without including the extra contribution from man-made CO2 emissions. In recent years, increased understanding of the processes and increased computer capacity, have meant that climate models can be scaled down from the broad global perspective to regional and more local conditions.

John Walsh has been an important contributor to the development of broad overall climate models. Not least, he has pushed for so-called down-scaling, which means that the models can give climate warnings for local communities in places like Alaska. Temperature increases in the Arctic are 2-3 times greater than the global average. That is dramatic for the approximately four million people who live in the Arctic and who need to adapt to ice, cold and large seasonal variations. There is therefore a considerable need to know what the changes will be and how the negative consequences can be constrained. Authorities need information about the consequences of climate change and what measures will be needed in order to adapt to what is to come. It’s about changes in the growing season, changes in winter and summer temperature, permafrost and precipitation, and it’s about extreme events such as heatwaves and cold snaps, floods, storms, drought and extreme winter weather.

John Walsh is an extremely good communicator, motivated by the conviction that knowledge should be put to good use. And that it should reach and be understood by people in local society, by politicians, both locally and in countries around the Arctic, by business, academia and by young people. YouTube is one of the channels he has used to reach out to his audience.

“I have researched Arctic weather and climate for thirty-some-years, and it is a lot different when you are close to ground zero, which we are in the Arctic.  My previous work was down in Illinois, and you can always study a different region remotely, it`s not the same as being emersed in the environment, the connections to the Arctic research community are far stronger at a university like UAF ...”

The quote is from John Walsh who, despite a stellar career at the University of Illinois (40 degrees N), in maturity decided to move to the University of Alaska Fairbanks to continue his research there. We take from this that proximity to the environment and the conditions being studied give extra momentum to the work.  We think, therefore, that it is particularly appropriate, in presenting John Walsh with the Mohn Prize for 2022, that this should take place in Tromsø, Norway’s arctic capital.