This is a gallery of images from the 2014 field season on Digermul Peninsula, Finnmark, Norway. Check out our photographs of this amazing place. 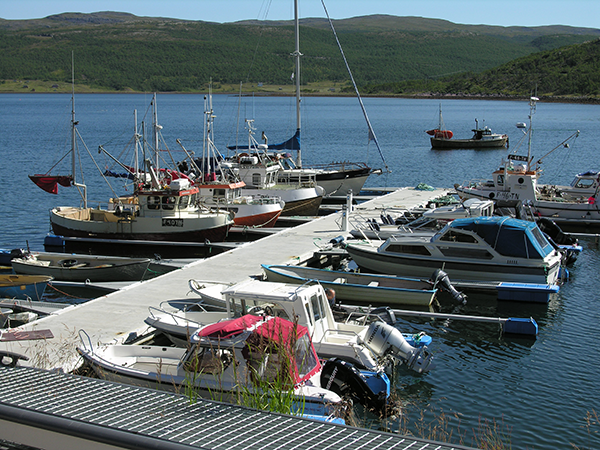 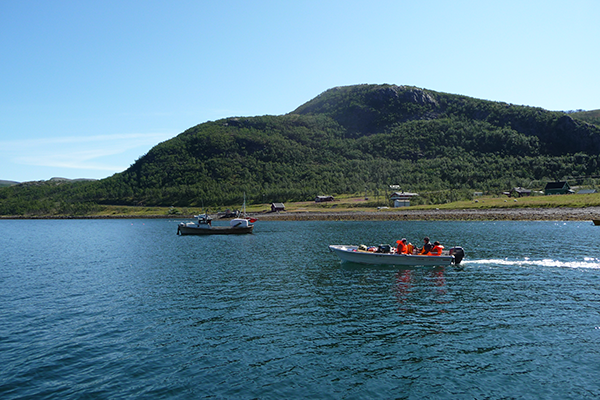 Heading out to the Digermul Peninsula from the harbour at Sjursjokk. 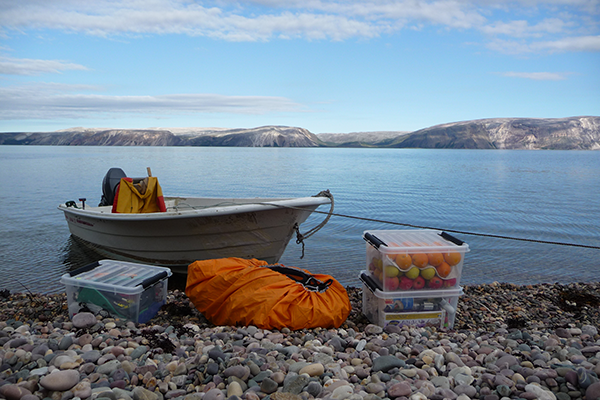 Arrival at Breidvika valley, one of our main study locations on the eastern shore of the Digermul Peninsula. 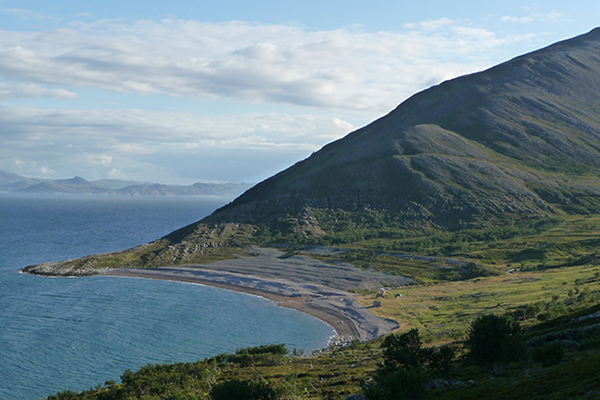 Looking down at Breidvika base camp from the north. 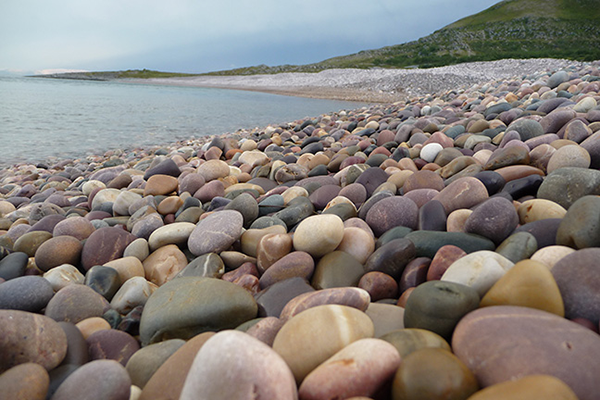 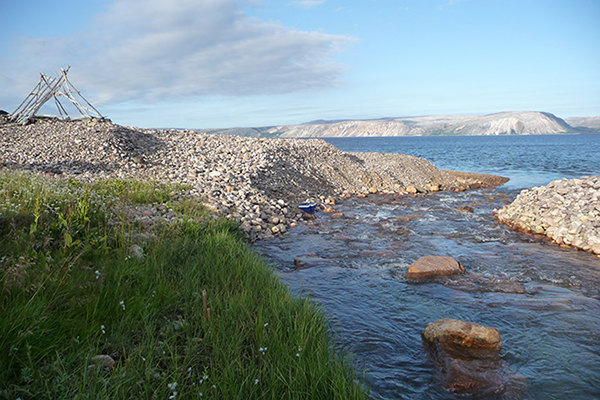 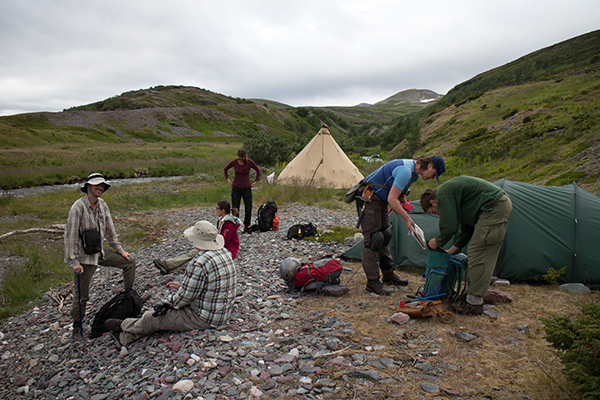 Morning preparations for field work at the Breidvika base camp. 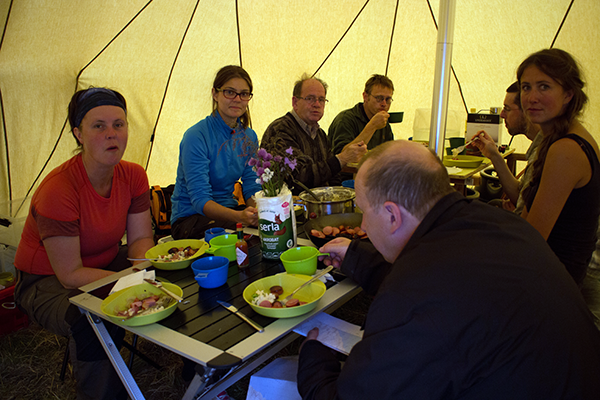 Settling in for dinner in our kitchen tent - a beautiful Sami lavu. 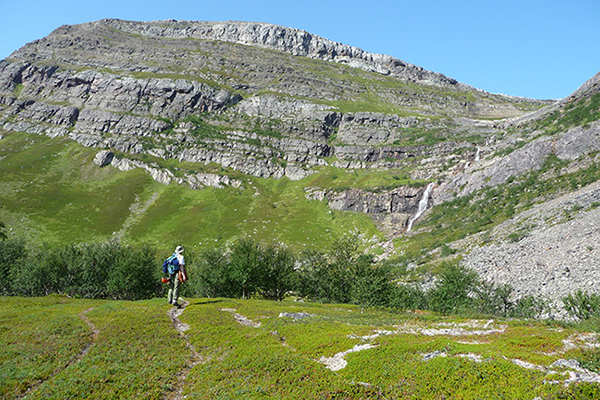 Dr. Jan Ove R. Ebbestad in front of one of the Lower Cambrian sections featuring prominet    quartzite beds, with a major white quartzite on top of the section. 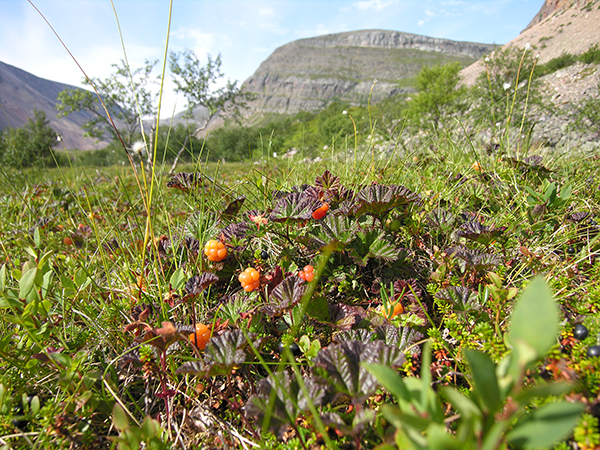 Cloud berries ready to be picked in Breidvika valley! 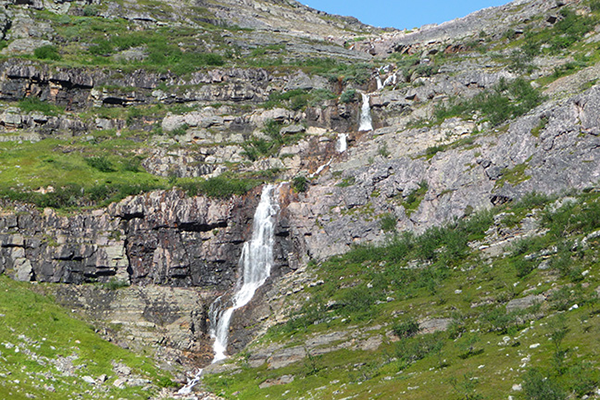 One of five major waterfalls in Breidvika valley. 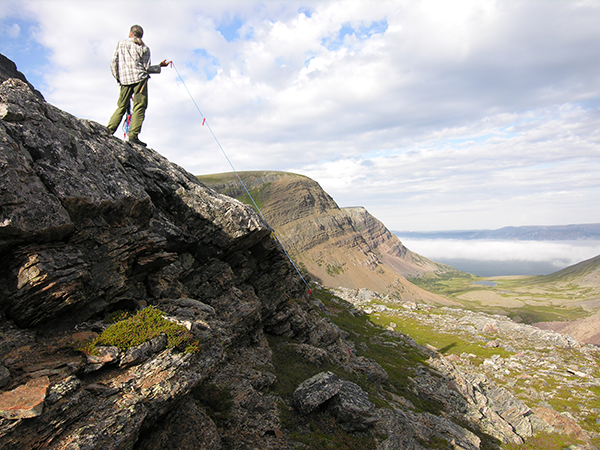 Magne Høybergetmeasuring the thickness of rock layers at an outcrop in Breidvika. 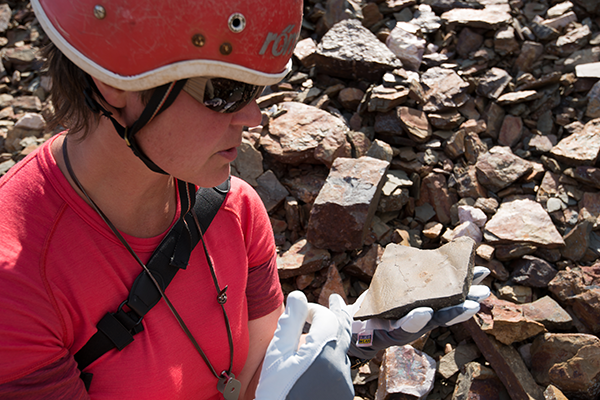 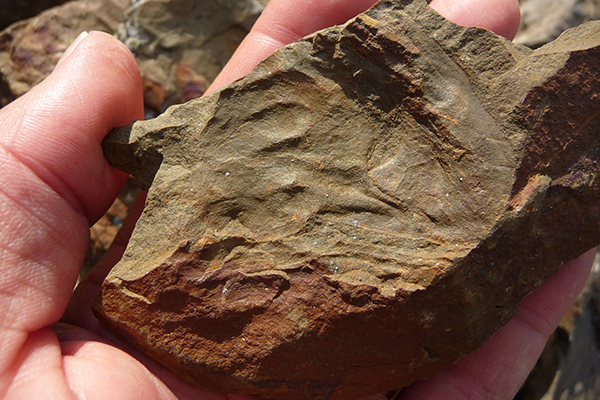 Can you see the trilobite fossil?  These rocks are over 500 milion years old and the fossils can be very difficult to find. 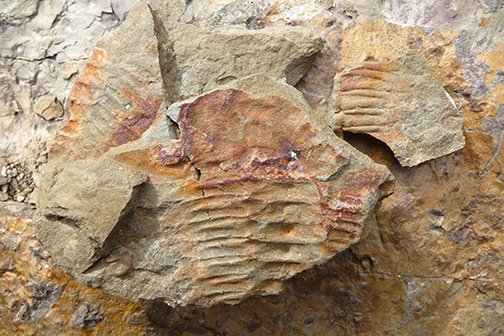 Here is an example of the typical preservation of trilobites in the "trilobite beds" of the Doulbasgaissa Formation. 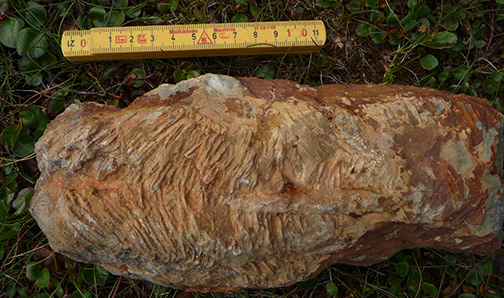 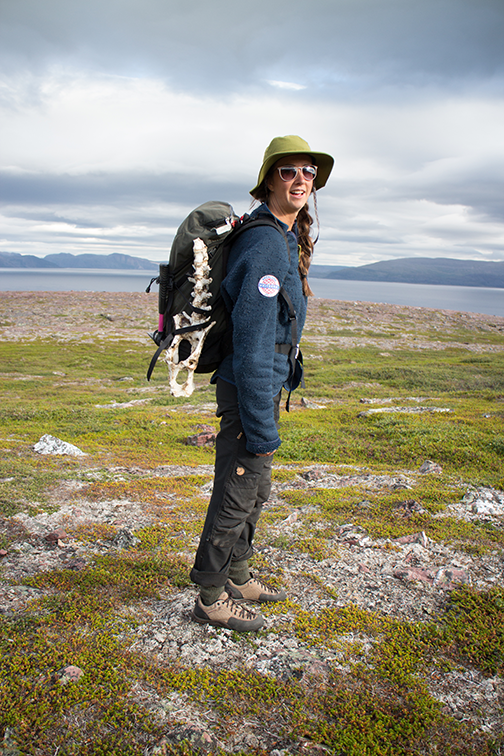 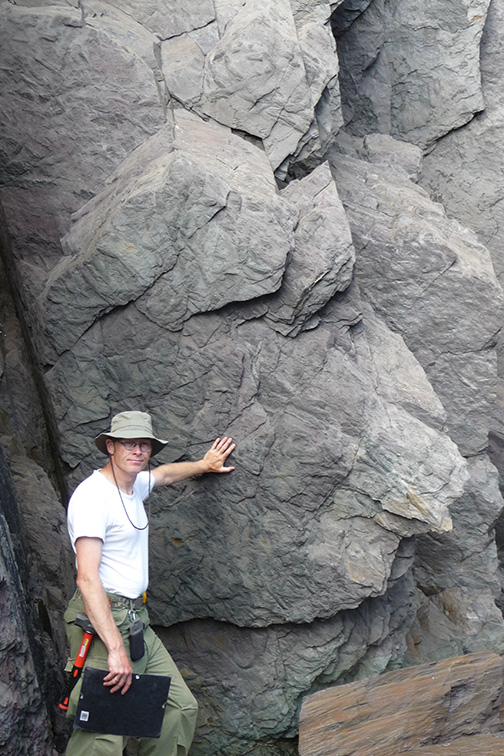 Dr. Jan Ove R. Ebbestad in front of the large trace fossil Psammichnites in the lower part of the Lower Cambrian Breivika Formation. This part of the section exhibits roughly 100 m of Psammichnites covered surfaces. 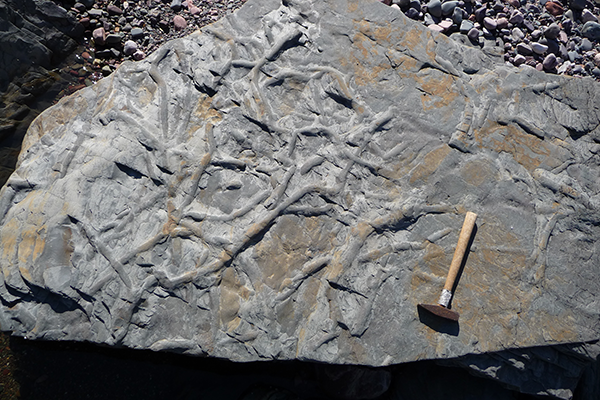 Close up of large trace fossil Psammichnites in the lower part of the Lower Cambrian Breivika Formation. 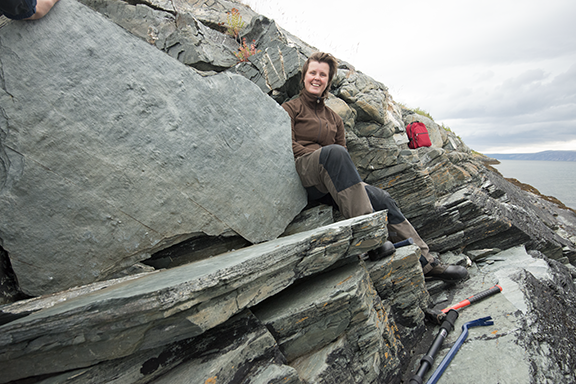 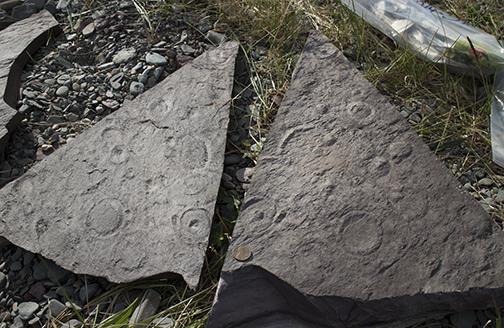 Slabs with abundant Aspidella fossils from the Ediacaran Period (560 million years ago) from coastal sections south of base camp at Manndrapselva. 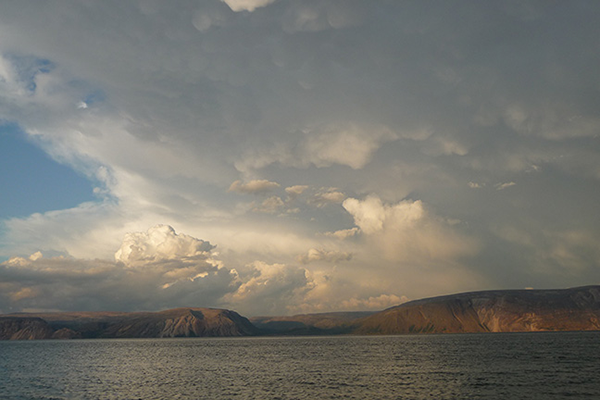 The Varanger Peninsula across Tanafjord below a dramatic pre-storm sky with mammutus clouds.