Redox-sensitive proteins play a role in all kinds of cellular signaling processes, and include a growing list of protein kinases such as: PDGFR, EGFR, IRK, FGFR, JAK, PKB, PKC, PKG, ASK1, MEKK1, MKK6, p38, c-SRC, LYN, IKK, ATM. Some of these proteins undergo reversible disulfide bond formation in response to the redox status of the cell, which may alter signaling to rapidly adapt cellular processes. The disulfide bridge in DYRK kinases involves a cysteine located at a position in the catalytic loop which is otherwise highly conserved among protein kinases as an arginine. Johnson and colleagues defined the term “RD kinase” after they observed that all kinases regulated through activation loop phosphorylation have a conserved arginine immediately preceding the conserved catalytic aspartate in the HRDLKxxN (or HRD) motif of the catalytic loop. The HRD-arginine anchors the phosphate group of the primary phosphorylation site of the activation loop, stabilizing it in an active conformation. The location of Cys286 as a substitution for the HRD-arginine is a rare but distinguishing feature of DYRK-family kinases. Both Cys286 and Cys312 are located in positions corresponding to the RD pocket. It is reasonable to hypothesize that the cysteines in such a strategic location can work as a redox sensitive switch, much as RD kinases (ex ERKs) are regulated by an electrostatic phosphorylation switch. The structure of DYRK1A in complex with PKC412 confirms the occurrence of this disulfide bond, and demonstrates a role in the stabilization of the activation segment: the covalent disulfide bond holds the activation loop near the catalytic loop in a conformation altered relative to that of the unbound activation loop. Thus one function of DYRK1A (and the other DYRK family members) might be to sense the presence of reactive oxygen species (ROS): an increasingly oxidizing environment would induce the formation of the disulfide bridge and to trigger a signaling response.

Expression and purification of DYRK1A

Point mutation of DYRK1A including the Cysteines

Activity assays to investigate the role of the disulfid bridge formation 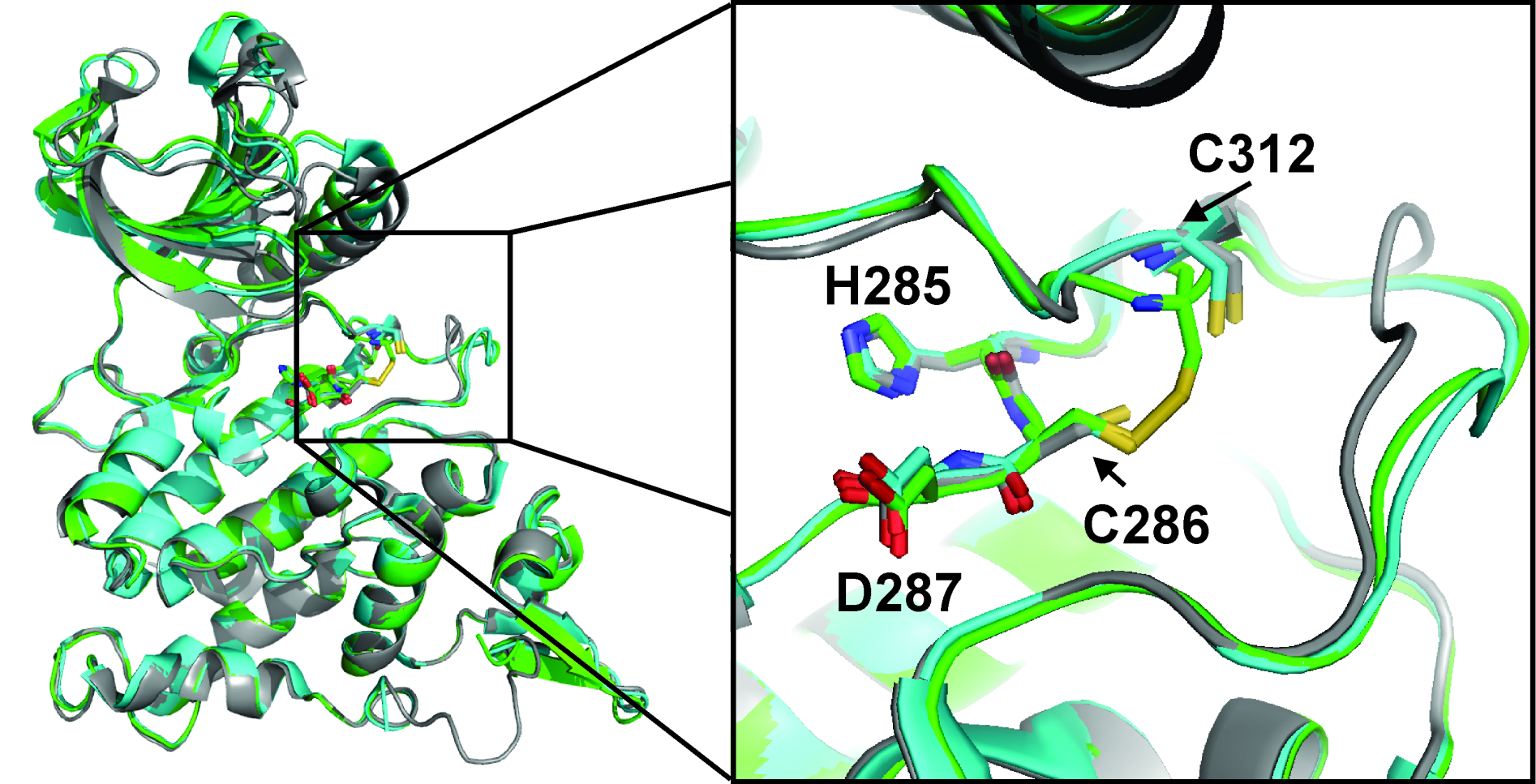 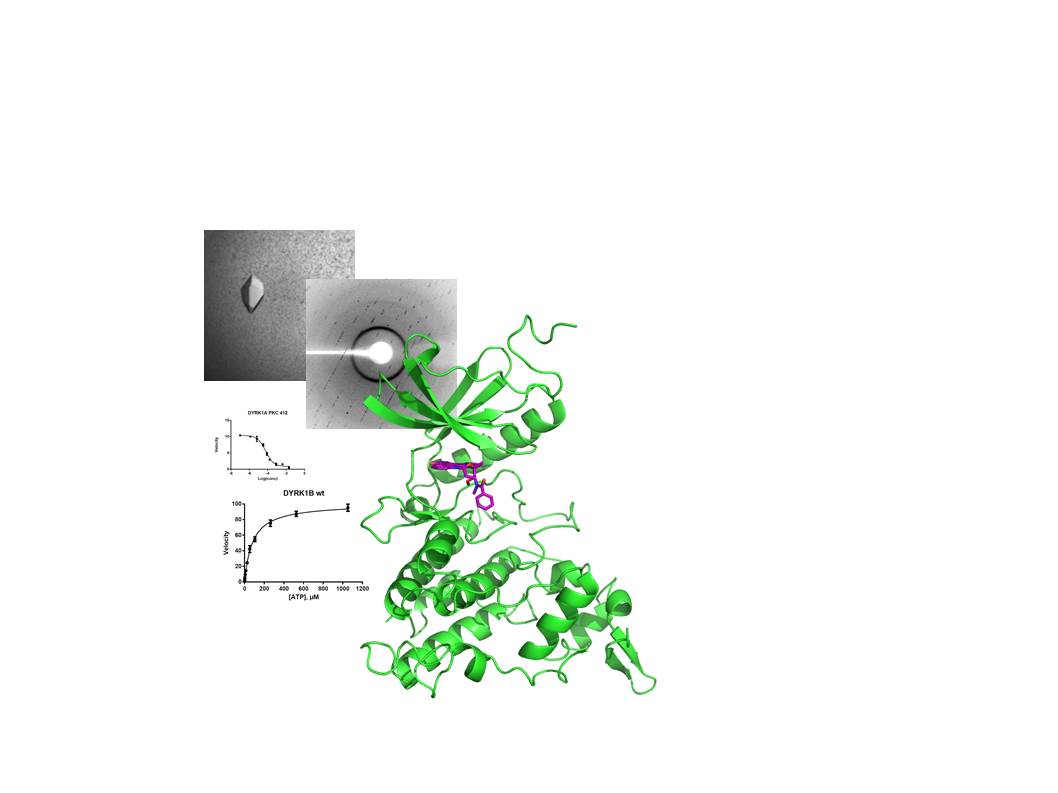