The second survey of the Population-based Study on Health and Living Conditions in Regions with Sami and Norwegian Populations (SAMINOR 2) was conducted by the Centre for Sami Health Research at UiT The Arctic University of Norway in 2012–2014. The survey was conducted in two stages. Stage 1 was a questionnaire survey conducted in 25 municipalities with Sami and Norwegian populations in Northern Norway and Trøndelag. The survey took place in the same regions as SAMINOR 1, but Sør-Varanger was included as a new municipality. In six of the municipalities, only a few districts were included. You can read about Stage 2 HERE.

Municipalities Invited to Participate in Stage 1:

Apart from Alta, all municipalities had fewer than 3000 inhabitants. 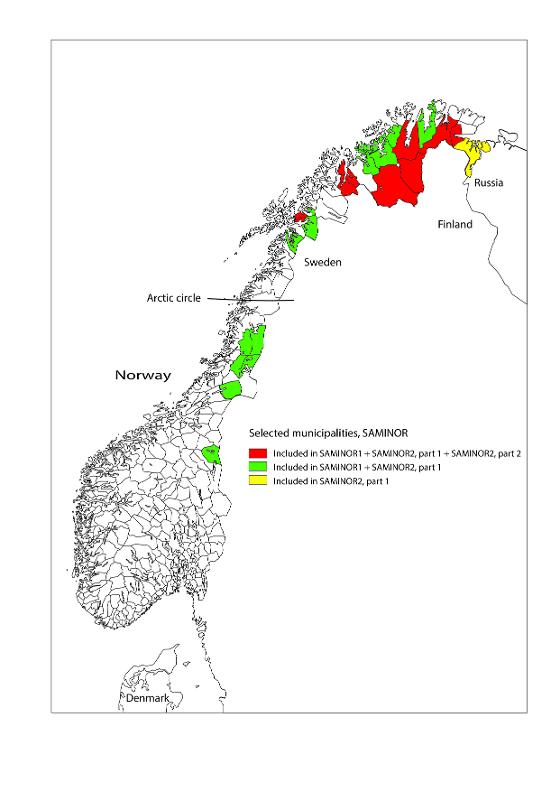 Participation in the SAMINOR 2 Questionnaire Survey

The survey received research funding from:

None of the above have conflicts of interest in the study.

UiT The Arctic University of Norway is Data Controller.

Further details of the SAMINOR 2 Questionnaires Survey are described in:

For researchers: Questionnaire (Norwegian), including names of variables and coding