The aim of the thesis has been to use high pressure and high temperature laboratory experiments to study the deformation behavior of quartz and feldspar, two of the most important minerals in Earth’s lower crust.

Marianne Negrini is born in Switzerland and studied to a Master degree in Geology at ETH, Zurich. There she developed an interest for mineralogy and petrology of the Earth’s crust, and decided later to undertake a PhD in Tromsø studying the deformation behavior of quartz and feldspar.

She defended her thesis September 10th 2013, the title of her thesis was: "Strength and rheological evolution of the lower continental crust: an experimental study of the deformation behavior of feldspar and quartz at high pressure and temperature".

Models of the rheology of Earth’s lower crust are mainly based on the deformation behavior of the minerals quartz and feldspar. Early models predicted that at lower crustal conditions (high pressure and temperature) rocks are weak and deform mainly by ductile flow. However, more recent models and field observations suggest that the lower crust may in fact support higher stresses than previously thought, and deform mainly by brittle fracture. The aim of the experiments in her work was to assess how viscous and brittle deformation mechanisms interact under lower crustal conditions.

Her work can be summarized by the following: "The aim of this study is to reproduce in the laboratory the microstructures observed in nature in order to explore the deformation processes in the lower crust. The experiments were performed on quartz and feldspar with a solid medium deformation apparatus at pressures of 0.75-1.5 GPa and temperatures of 700 °C-1000 °C. Experiments on feldspar demonstrate that deformation at high pressure and temperature is initially accommodated by brittle fractures. Dilatation along the fractures promotes melting, but the melt does not influence the strength of the rock as it remains isolated during deformation. Microstructural observations of fine grained gouges formed along fractures suggests dissolution precipitation creep as the dominant deformation mechanism." 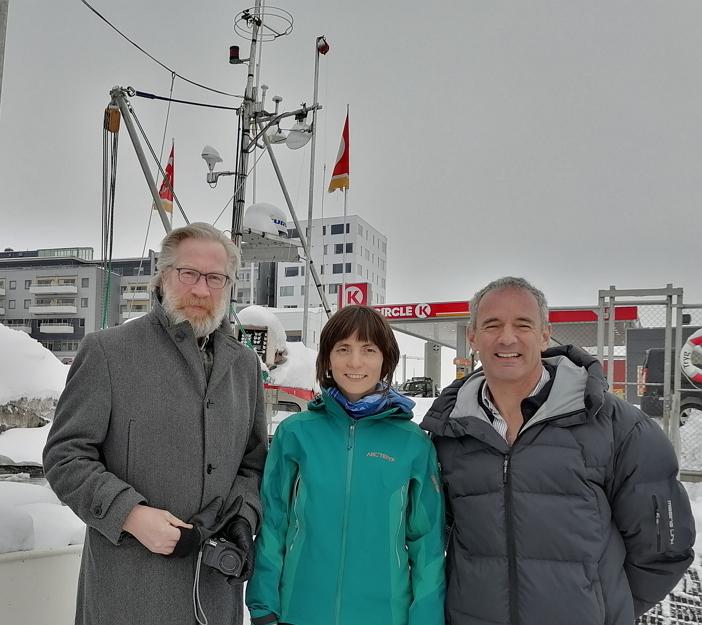