Taking the haematopoietic system as a primary model, the group aims at understanding the molecular mechanisms of stem cell malignant transformation and the complex interactions of this cell with its surrounding microenvironment, with a focus on inflammation. Our goal is the identification of novel therapeutic targets of potential clinical interest.

The group is led by Dr. Lorena Arranz, who graduated in Biology (Biomedicine) and obtained her PhD in Physiology at the Universidad Complutense de Madrid (UCM). Under the supervision of Professor Monica De la Fuente, she studied the contribution of fully differentiated myeloid cells to the aging process, with a focus on oxidation and inflammation. The neuro-endocrine regulation of the immune system also grabbed her interest during this period. She performed several short research visits, both at Spanish and international institutions, including the University of Birmingham (UK), the Aarhus University (DK), and the New York University (USA). Her PhD Thesis was awarded as the best presented at the Faculty of Biology (UCM) in 2009.

She then moved to Fundacion Centro Nacional de Investigaciones Cardiovasculares (CNIC) as Postdoctoral Associate. Working in the group of Dr. Simon Mendez-Ferrer, she identified for the first time the critical role played by the haematopoietic stem cell niche in the pathogenesis of the haematological malignancies classified as myeloproliferative neoplasms. This work was published in Nature and received a Merit Award at the congress of the American Society of Hematology (ASH) in 2013. In November 2014, Lorena joined the Department of Medical Biology at the University of Tromsø as Group Leader and NCMM Young Associate Investigator, and was appointed as member of the Department of Haematology at the University Hospital of North Norway in January 2015. 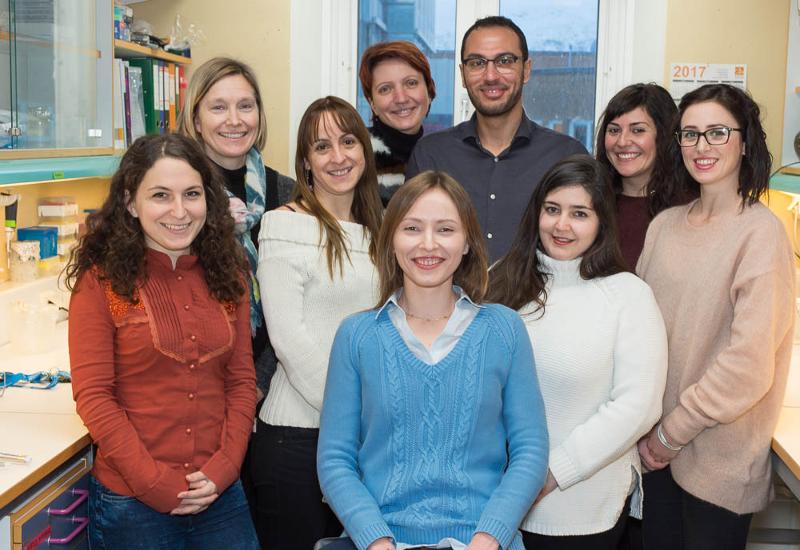